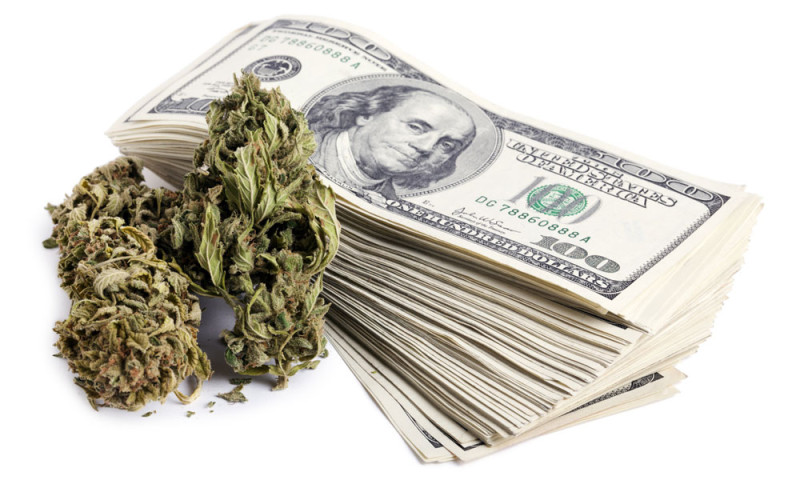 Cannabis may be the fastest growing industry in the United States, but outside of government regulations, money is likely the second largest problem that most cannabis related businesses run into.

Not only are there now a lot of former stoners that are turning into entrepreneurs, so the competition for cannabis cash is unyielding, but from an investor’s point of view, the federal government is not making things very easy for those who are interested in putting their money into the cannabis industry. Thanks Obama! I mean Trump! I mean…ah fuck you all Federal government!

(Disclaimer: if the NSA is looking at this because what I just said raised red flags on your searches, chill the f**k out)

Since cannabis is still considered illegal on a federal level, there are numerous money related issues including the inability to get loans, the inability to write off professional expenses on your tax returns, and we are still dealing with a largely cash based industry. In today’s modern times, being cash-based often translates into much slower growth, fewer chances to expand, not to mention the multitude of security issues that come from having large sums of cash on hand.

But good news! There are a few funding sources that are beginning to cut through the fog. Recently I interviewed John MacPhail with I-5 Holdings Limited. While they are based out of Vancouver Canada, they are making splashes on both sides of the border with investments in an Amazon style cannabis website, cultivation, processing, and retail that spans all the way down the West Coast, just like the highway that they are named after.

It is guys like John and companies like I-5 Holdings Ltd. that are likely to get the best returns in the unfolding green rush. They are the ones taking the largest risks, and are likely to reap the largest rewards. Despite President Trump’s slowing down of legalizing marijuana, the cannabis bus has left the station. Weed will only expand in the coming years.

If you are looking for investment in a marijuana business, you have a big job on your hands. The good news is that there are a number of incubators, investment funds, and Angel investors making their presence known in the marijuana melee. Most of them are based on the West Coast, and are only a Google away. Getting their money, is a little bit harder than that.

There are basically two main roads you can choose when starting a cannabis business. One is to learn how to play the game. Yes, the game. Even those who are investing in cannabis want you to look and sound like you know what you’re doing, even if you don’t. Trying to seek investment from emotionally disconnected entities is a very difficult and humbling experience. Unless you get lucky, you will end up sacrificing portions of your dream in order to attract the money you need.

The other path for a marijuana entrepreneur is to simply dive into the deep end of the pot pool, focus on making and providing an undeniable service or product, and build it organically. Often times this comes at a great cost of personal time and personal resources, but the payoff would be a closer version of your vision making it to the public.

Don’t just smoke a bowl, come up with an idea, and expect people will throw money at you. Build your vision from the shoelaces up. Make a plan. Bust your ass. Then smoke a bowl.

What are the resources you have found for cannabis funding? What are the tips you would give to other people in pursuing a marijuana marketplace business? Please be a dear and share your thoughts and comments below. Cannabis is a community. Knowledge is power!

And last but not least, please follow this blog, and share this with your 420 friendly compatriots! Or, if you have more money than God, please contact me directly as I will be happy to take your investment, and pair with you as we take over the world. Insert evil chuckle here.

Power to the flower, my babies.